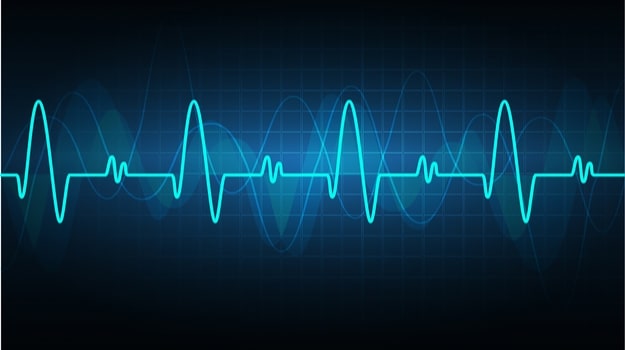 According to new data from the EAST-AFNET 4 trial that was released on Aug. 29, patients with atrial fibrillation appear to benefit from early rhythm control therapy. The results were presented at ESC Congress 2020.

The EAST-AFNET 4 study looked at whether rhythm control therapy could improve outcomes shortly after a patient had received a diagnosis of atrial fibrillation. A total of 2,789 patients participated in the study from 11 countries between 2011 and 2016. The subjects were randomized 1:1 to early rhythm control therapy or typical care. Participants in both groups received treatment for cardiovascular conditions, anticoagulation and rate control.

The researchers provided antiarrhythmic drugs or catheter ablation (as chosen by local study teams) to patients in the early rhythm control group. Rhythm control therapy escalated when atrial fibrillation was documented via ECG.

The participants in the typical care group were first managed with rate control. Rhythm control therapy was only used to intervene in severe atrial fibrillation-related symptoms.

During a follow-up of about five years, the first primary outcome – consisting of cardiovascular death, stroke, worsening heart failure and acute coronary syndrome – occurred in 249 subjects receiving early therapy. In contrast, the outcome was prevalent in 316 subjects from the typical care group.

Across all of the groups, the clinical benefit of early rhythm control was consistent, including in asymptomatic patients and those without heart failure.

“The risk of severe cardiovascular complications and death in patients with atrial fibrillation is highest in the first year after diagnosis, suggesting that early therapy could be most beneficial,” said principal investigator Professor Paulus Kirchhof of the University Heart and Vascular Centre UKE Hamburg, Germany and University of Birmingham, UK. “Furthermore, atrial fibrillation causes atrial damage within a few weeks of disease onset. Early rhythm control therapy could reduce or prevent this damage, making it more effective.”

Abbott also recently announced enrollment in its TactiFlex PAF IDE study at the beginning of August. The goal is to evaluate a new device designed to help patients living with paroxysmal atrial fibrillation (PAF), a type of irregular heartbeat.

The TactiFlex PAF IDE study is enrolling 355 patients from multiple sites around the globe. Those who enroll will receive an ablation procedure, using Abbott’s TactiFlex Ablation Catheter, SE.

Cardiac ablation is a minimally invasive procedure that involves creating lesions in small areas of heart tissue that is thought to cause arrhythmia. When physicians use a catheter ablation to treat cardiac arrhythmia, a long, flexible tube is inserted into the heart for further examination.

“The TactiFlex device builds on prior generations of successful technology, giving me confidence that Abbott will continue providing options to effectively treat people living with recurrent episodes of atrial fibrillation,” said Prof. Prash Sanders, director of Centre for Heart Rhythm Disorders at The Royal Adelaide Hospital in Adelaide, South Australia.

Abbott also recently received approval from the U.S. Food and Drug Administration for the EnSite™ LiveView Dynamic Display, which allows data from the mapping catheter to be visualized in real-time during cardiac ablation procedures.

“Abbott is focused on bringing innovation to physicians that can improve how people with atrial fibrillation are treated,” said Mike Pederson, senior vice president of Abbott’s electrophysiology and heart failure businesses. “The TactiFlex Ablation Catheter, SE brings the best of Abbott’s ablation technologies into a single catheter.”

The TactiFlex Ablation Catheter, SE is not yet commercially available, as it is still being researched.

The Company expects to report total revenues of approximately $1,471.1 million, a decrease of compared to the prior…

Facial Paralysis Market: Rise in incidence of stroke is expected to drive the market

Facial paralysis refers to the loss of facial muscle movement owing to damage to nerves. Facial muscles of…