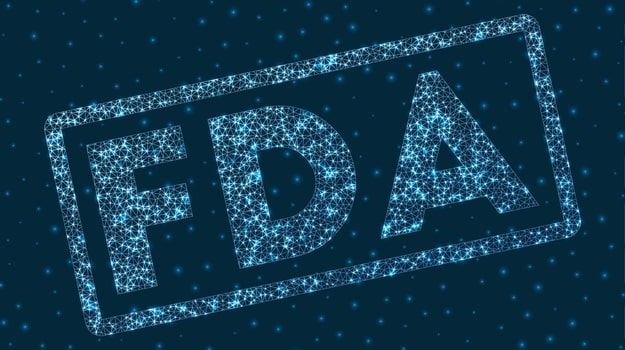 August has been a busy month for the U.S. Food and Drug Administration (FDA). The final two weeks are marked by a number of PDUFA dates, although a few of those drugs have already been approved. Here’s a look at the upcoming dates, as well as the first for September.

PTC Therapeutics and Roche‘s Genentech had a target action date of August 24, 2020 for Evrysdi (risdiplam) for type 2 spinal muscular atrophy. The drug was approved on August 10 for SMA in adults and children two months of age and older.

SMA is a severe, progressive neuromuscular disease that can be fatal. It affects about one in 10,000 babies and is the leading genetic cause of mortality in infants. The disease can lead to the loss of physical strength, ability to walk, eat or breathe. Until these therapies were approved, most died before the age of two years. It is caused by a mutation of the survival motor neuron 1 (SMN1) gene, which causes a deficiency of SMN protein, which is required for the function of nerves that control muscles and movement.

Evrysdi demonstrated improvement in two clinical trials in people of varying ages and levels of disease severity, including Types 1, 2 and 3 SMA. In the trials, infants receiving the drug were able to sit without support for at least five seconds, which is viewed as a key motor milestone that most do not normally achieve in the natural course of the disease. The drug improved survival without permanent ventilation at 12 and 23 months, compared to natural history. The drug is a liquid that is administered daily at home by mouth or feeding tube.

Evrysdi is a survival motor neuron-2 (SMN-2) splicing modifier. It is engineered to increase and sustain SMN protein levels throughout the central nervous system and peripheral tissues. Genentech developed the drug in collaboration with the SMA Foundation and PTC Therapeutics.

Salt Lake City, Utah’s Lipocine has a target action date of August 28 for its resubmission of its New Drug Application (NDA) for Tlando, an oral testosterone product candidate for testosterone replacement therapy (TRT) in adult males for conditions associated with a deficiency of endogenous testosterone, or hypogonadism. The NDA incorporated a reanalysis of existing data based on feedback from the FDA to address a deficiency discussed in the Post Action Meeting.

The drug received a Complete Response Letter in November 2019, citing one deficiency, that the efficacy trial did not meet the three secondary endpoints for maximal testosterone concentration. There were no specific issues related to the chemistry, manufacturing and controls.

Incyte had a target action date of August 30 for its Monjuvi (tafasitamab) in combination with lenalidomide for relapsed or refractory diffuse large B-cell lymphoma (r/r/ DLBCL). It was granted Priority Review. On July 31, the FDA approved Monjuvi in combination with lenalidomide for r/r DLBCL not otherwise specified, including DLBCL arising from low grade lymphoma, and who are not eligible for autologous stem cell transplant (ASCT). Monjuvi is a humanized Fc-modified cytolytic CD19 targeting monoclonal antibody.

The approval was built on data from the MorphoSys-sponsored Phase II L-MIND trial. Results showed an overall response rate (ORR) of 55%, including a complete response (CR) rate of 37% and a partial response rate (PR) of 18%. The median duration of response was 21.7 months. MorphoSys and Incyte will co-commercialize the drug in the U.S. Incyte has exclusive commercialization rights outside the U.S. The drug was initially developed by Xencor and incorporates an XmAb Cytotoxic Fc Domain to enhance its anti-tumor activity.

Bristol Myers Squibb has a target action date of September 3 for its NDA for CC-486, an investigational oral hypomethylating agent, for the maintenance treatment of adults with acute myeloid leukemia (AML), who achieved complete remission (CR) or CR with incomplete blood count recovery (CRi), after induction therapy with or without consolidation treatment, and who are not candidates for, or who choose not to proceed to, hematopoietic stem cell transplantation. The NDA was built on data from the pivotal Phase III QUAZAR AML-001 study.

FDA Issues Emergency Use Authorization for Convalescent Plasma as Potential Promising COVID–19 Treatment, Another Achievement in Administration’s Fight Against Pandemic

VBAC: Know the pros and cons