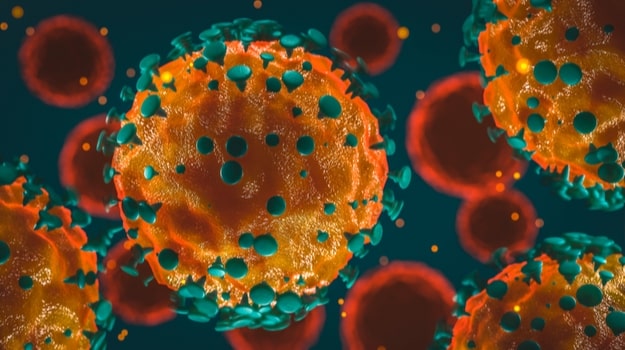 Every week there are numerous scientific studies published. Here’s a look at some of the more interesting ones.

COVID-19 Vaccine Tested on Mice that Can be Taken Nasally

Investigators at Washington University School of Medicine developed a COVID-19 vaccine that can be given in one dose via the nose. In mice, at least, it prevented infection. The next step is to test the vaccine in nonhuman primates and humans. In a study published in the journal Cell, they found the nasal delivery stimulated a strong immune response throughout the body, but particularly in the nose and respiratory tract.

“We were happily surprised to see a strong immune response in the cells of the inner lining of the nose and upper airway—and a profound protection from infection with this virus,” said Michael S. Diamond, the Herbert S. Gasser Professor of Medicine and a professor of molecular microbiology, and of pathology and immunology. “These mice were well protected from disease. And in some of the mice, we saw evidence of sterilizing immunity, where there is no sign of infection whatsoever after the mouse is challenged with the virus.”

“We will soon begin a study to test this intranasal vaccine in nonhuman primates with a plan to move into human clinical trials as quickly as we can,” Diamond said. “We’re optimistic, but this needs to continue going through the proper evaluation pipelines. In these mouse models, the vaccine is highly protective. We’re looking forward to beginning the next round of studies and ultimately testing it in people to see if we can induce the type of protective immunity that we think not only will prevent infection but also curb pandemic transmission of this virus.”

It has been well-observed that cytokine storms are often associated with severe cases of COVID-19. Researchers at Sweden’s Karolinska Institute have identified another component of the immune system’s over-response to the novel coronavirus. In this case, natural killer (NK) cells become strongly activated shortly after infection, but the type is different in patients with moderate and severe disease. They suspect that the type of NK cell response seen in moderate disease is a canonical NK cell response seen in many types of viral infections. But in patients with severe COVID-19, there was a different composition of responding NK cells, which typically had a higher expression of the proteins perforin, NKG2C and Ksp37, which represents a high presence of adaptive NK cells.

The microbiome is the trillions of microorganisms that live in the human body. There is a tendency to focus on bacteria, but there are also fungi and viruses. A new study out of Ohio State University found that each individual’s gut virus composition is as unique as a fingerprint. The university’s Gut Virome Database identifies 33,242 unique viral populations present in the human gut. Most don’t cause disease, and, in fact, they believe that viruses may have the potential to act as a new class of drug to fight disease-causing bacteria, particularly ones resistant to antibiotics.

Scientists with the University of Massachusetts Medical School published research in Nature Communications suggesting that COVID-19 specific IgA monoclonal antibodies appear to offer effective immunity in the respiratory system against SARS-CoV-2. The team identified a cross-reactive human MAB to SARS-CoV-2 spike proteins that block ACE2 receptor binding on the mucosal tissue of the respiratory tract. The antibody is designated Mab36s and the researchers believe it could potentially be applied through mucosal administration in combination with other systemically administered treatments to offer direct mucosal protection.

Typically, gene therapies use viruses as vectors to deliver their genetic payloads into the body. Researchers at Ohio State University have developed lipid-based nanoparticles that carry two sets of protein-making instructions. In animal studies they demonstrated potential for therapies for two genetic disorders. The first was in mice models for hemophilia. In the other, they were tested in clearing cholesterol from the bloodstream. This technology sounds similar to what Moderna and BioNTech are using for their COVID-19 vaccines, instead of using viruses, they are using lipid nanoparticles to deliver the mRNA that codes for viral antigens into the body.

Apparently, You Can Catch COVID-19 More Than Once

A case report out of Hong Kong cites a 33-year-old man treated in March at a hospital for COVID-19 who tested positive at the Hong Kong airport on August 15. He was returning from Europe. He has no symptoms at the time. The study has been pre-printed, but also accepted for publication in the journal Clinical Infectious Diseases.

The research group sequenced the virus, SARS-CoV-2, from the initial infection, and then again from the second diagnosis. The genetic sequences of the two samples were markedly different, which strengthened the theory that the patient had been infected a second time.

“This case proves that at least some patients do not have life-long immunity,” Kelvin To, a clinical microbiologist at the University of Hong Kong (HKU) and one of the authors of the study, told Science.

The first strain tested was consistent with strains collected in March and April. The second, more recent sample tested matched the virus most commonly observed in Europe.

“The virus mutates all the time,” To said. “It is very unlikely that the patient would have gotten the second virus during the first infection.”

Most children with COVID-19 fared better than adults during the first four months of the pandemic, according to…