Hearing aid technology has evolved over the years, becoming smaller and more cosmetically pleasing, and usually features a microphone placed above the ear or just behind it. “Those come with some unique problems, though, because we actually use our ear,” said Laurel Christensen, head of Audiology at GN Hearing, in an interview with MD+DI.

She explained that the outer ear, which is called the pinna, and the ear canal are used for sound localization because they do their own sound processing. “The outer ear and the ear canal actually have resonances, and resonances make sounds louder,” Christensen said. “So when speech is coming into my ear right now, that speech is made louder by the acoustics of my ear. Also because of my ear I can tell front from back and because of my ear and my brain together, I can tell where sounds are located, and how far away they are,” she continued, noting that when the microphone is placed above the ear all the ear acoustics are taken away.

Over the years, hearing aid companies have been trying to make up for this loss, building mathematical compensation strategies into the microphones, but “it’s never the same as listening with your own ear,” Christensen said. 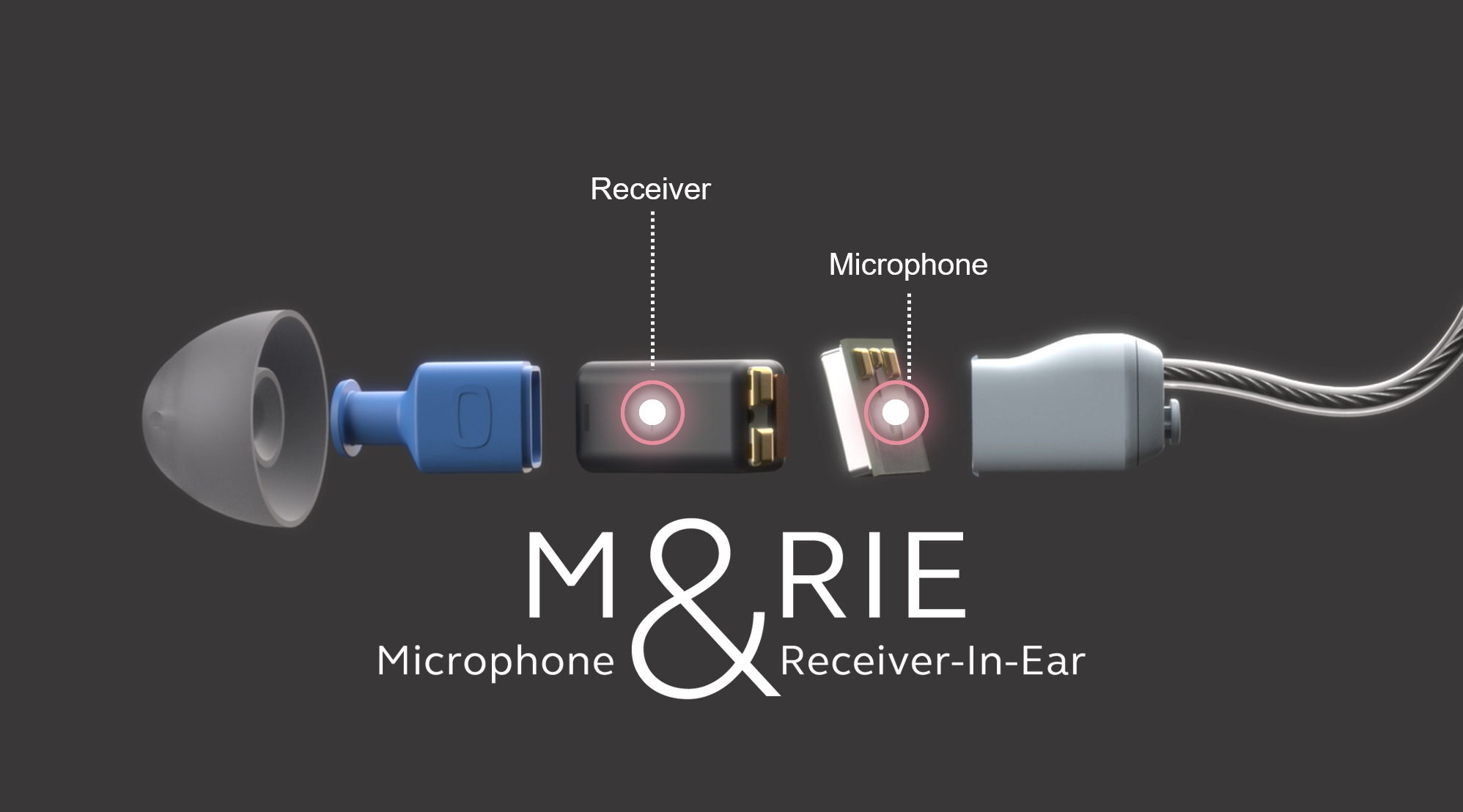 But using new technologies, GN has created the ReSound ONE hearing aid that uses the company’s Microphone & Receiver In-Ear (M&RIE) system (see above), which places the microphone and receiver inside the ear canal. “By putting the microphone back in the ear, you’re using your own ear acoustics, and everybody is different,” Christensen said. “It makes the hearing aids much more natural, and it also gives good front back localization. It also gives the ability to locate sounds from other directions and know the depth and the direction of the sound. Finally, because the microphone is located in the ear canal, it gives a very good wind noise protection.”

The placement of the microphone and the receiver together in the ear has not previously been feasible because of the feedback that this generates.

However, the ReSound ONE uses digital feedback suppression technology to cancel out feedback. “We had to develop an entire new chip in the hearing aid [to achieve this],” said Christensen. The new chip has a third microphone input. Two microphones are on the top of the device to create a better directional response in noise, in addition to the one inside the ear.

ReSound ONE uses artificial intelligence to determine what environment the user is in to switch the different microphones on and off, and does it very gradually, so that the wearer is typically not aware it is happening.

The device is paired with an app called ReSound smart 3D that connects wirelessly to the hearing aids to do things such as change volume, or to turn on the company’s Ultra Focus, which uses highly directional microphones to eliminate background noise. It can also be used for teleauditory visits, in which the device can be adjusted wirelessly.

GN offers a version of ReSound ONE that can be charged in three hours, eliminating the need for changing tiny batteries. ReSound ONE can be wirelessly connected to a phone and used for streaming music as well. A single charge will last 30 hours, 25 hours if the device is streaming.

Christensen emphasized that treating hearing loss is beneficial for many other health-related reasons, such as dementia and depression. “There are there are good reasons to treat hearing loss,” she said. “I’d like to get the message across that that getting your hearing helped is going to really change your life.

“This is not your grandfather’s hearing aid,” Christensen concluded. “Things have changed so much with connectivity to phones, and all the wireless communication and rechargeability. In addition, the hearing aids and the sound processing inside the hearing aids is better than ever with something like M&RIE and ReSound ONE.”

Al Qassimi Women’s and Children’s Hospital Laboratories obtain the ISO 15189 Disclaimer: This story is auto-aggregated by a…

Scientists are whispering the secrets of a simpler way to generate the sensory cells of the inner ear.…