Dr. Ricardo Sanchez-Murillo understands the power of data; that’s why he wants to share it.

As Associate Professor in the Chemistry Department at the National University of Costa Rica, he focuses on isotope data from extreme tropical cyclones in the Mesoamerican region. When he conducts his research, he ensures that his datasets are maintained to the highest standards because he knows other researchers will build on his work. He knows that the data his team collects will live on, maybe being used in research to predict extreme categories of hurricanes or to infer how changes in climate affected the region hundreds of years ago.

“I think there’s a paradigm shift happening around data sharing,” said Ricardo, as he considered changing attitudes in the research community. “It used to be the case that people thought, ‘Data is power, so we keep it.’ Researchers now think, ‘Data is power – so we share it.'”

Ricardo’s research covers the region comprising the Caribbean Sea, the Pacific Ocean and the area from Mexico to Colombia. Over the past several decades, the region has been battered my many extreme weather events, from powerful hurricanes – such as Dorian in the Bahamas – to long-term droughts. The impact these events are having is dramatic, with people in these areas being forced to relocate. The research conducted by Ricardo and his team helps lay a foundation for understanding these extreme climate events and their impacts. As Ricardo explained:

For the last 7 years, we’ve been working in the region on continuous monitoring of stable isotopes. The data in the region is still somewhat under development: there’s no master set of data as there is in the United Kingdom, for example, where researchers can go and download a lot of hydrological data to analyze. So we’re looking at stable isotopes of rainwater to try to fill the gaps in the hydrological cycle.

The advantages of sharing data 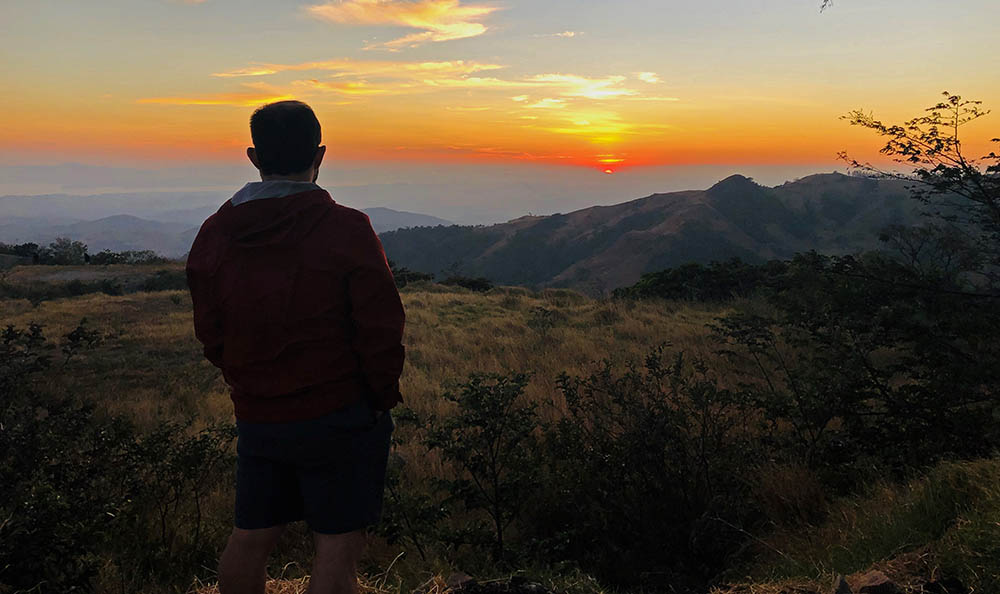 The team has been collecting data from rivers, aquifers and other water compartments to build a robust data set. It now represents the only surface record of rainfall and its isotopic signature from the area. The team has shared it via Mendeley Data, meaning that everyone can analyze past climate in the region.

One reason this is important, Ricardo explained, is that establishing a network of instrument-based hydrological data is not something that one group of scientists can solve:

We tried to convince people at multiple institutions to put in place better instrumentation, but it’s hard to fix across the whole region. It’s expensive and resource heavy. But by analyzing isotopes, we can cover really large areas.

The data the team collected represents the kind of information that might take 10 years to gather with the appropriate instruments. As such, the team understood the importance of ensuring that others benefit from it:

We’re part of a new generation, and we don’t want data sitting in our desk – we want to share it. So we found Mendeley Data and decided that was the place where it would be most visible, most secure and most accessible.

Ricardo described how he would be extremely happy to see papers coming out with the data set that he assembled. He also recognized that in order to make it useful to other researchers, simply making it available wasn’t enough. The data had to be high quality, he said. “You can’t just upload any data to the cloud. If you’re taking this responsibility, it must be really, really good data.”

As such, the team followed protocols from the International Atomic Energy Agency for delivering data. That ensures that the work is done to the same standards as organizations like The Global Network of Isotopes in Precipitation. That makes it easier to compare data to that collected in other countries and by other research teams working to the same standards.

“That way we knew our data embraced the highest standards possible,” Ricardo said. “I’d encourage any researcher – in whatever discipline – to follow those standards.”

View the datasets of Ricardo Sanchez Murillo and others

We are interviewing researchers who made their research data available in a way that exemplifies FAIR data principles — Findable, Accessible, Interoperable, Reusable. The researchers are chosen by the Elsevier RDM Advisory Board and Elsevier Data Champions.

You can view and download their datasets in the Mendeley Data Repository.

Ricardo’s data embodies the principles of FAIR: Findability, Accessibility, Interoperability and Reuse. Published in 2016, the FAIR principles represent the gold standard for data sharing and re-use. In Ricardo’s data, Elsevier’s own data champions noted the rich metadata, which describes in detail how the data was generated and the way in which data is clearly structured in folders with detailed names. Ricardo also chose a license (CC-BY 4.0) that maximizes reuse while ensuring data authors are acknowledged. For him, ensuring that the research community can share quality data is an essential part of the future of research, and it also benefits the person doing the sharing:

Maybe there’s someone in Europe or Africa who has some specific idea of how to improve my methodology, or the way I’m using my data. If they get back to me, then I can improve my understanding of the research I’m working on or improve my hypothesis. That’s the idea – a back and forth between new methods, raw data, analysis and new observations. That’s why I believe in sharing data, and that’s why the new paradigm is important.

Release of the Australian National Disease Surveillance Plan for COVID-19

Certification Officer: amendments to the lists

Find out what you can and cannot do if you live, work or travel in areas of the…

Hearing aid technology has evolved over the years, becoming smaller and more cosmetically pleasing, and usually features a…