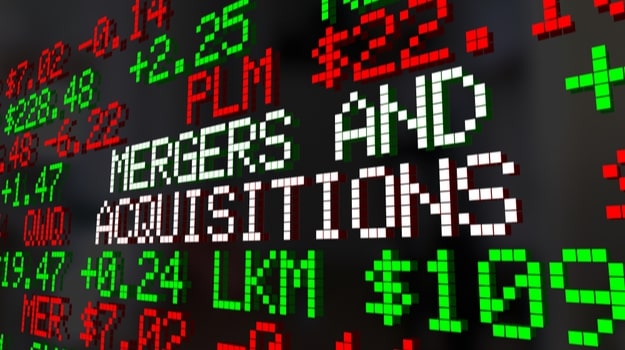 Yumanity has YTX-7739 in a Phase I trial for Parkinsons’ disease. It also has other pipeline candidates for dementia with Lewy bodies, multi-system atrophy, amyotrophic lateral sclerosis (ALS) and frontotemporal lobar dementia (FTLD).

At the same time, Proteostasis announced it was looking for a strategic deal for its proprietary CFTR modulators. It expects to share proceeds from any monetization of its cystic fibrosis assets through contingent value rights (CVR), in which company shareholders of Proteostasis at the close of the merger would receive part of any upfront payments and CVRs from any future milestones that came from the grant, sale or transfer of rights.

Proteostasis’s CFTR modulators are currently being evaluated as part of the CHOICES development program. In it, 502 patients have completed enrollment in the organoid part of the study, with results expected in the fourth quarter of this year. CHOICES stands for Crossover trial based on Human Organoid Individual response in CF – Efficacy Study. The ex vivo part of the study plans to quantify the functional response of patient-derived organoids to the company’s PTI drugs, dirocaftor, posenacaftor and nesolicaftor. The data from the ex vivo portion will allow targeted enrollment in the clinical part of the CHOICES trial in patients with rare cystic fibrosis transmembrane conductance regulator (CFTR) mutations based on their individual ex vivo response. They hope to begin the clinical part of the trial by the end of this year.

To date, Yumanity has raised more than $100 million from investors, including Alexandria Venture Investments, Biogen, Fidelity, Merck, Pfizer, Redmile Group, and Sanofi Ventures. It has also entered into a strategic research collaboration with Merck for ALS and FTLD. In that collaboration, Yumanity is eligible for $500 million in milestone payments as well as royalties on net sales of any products that hit the market.

“Yumanity’s state-of-the-art R&D efforts and deep insights into new potential targets to treat neurodegenerative diseases places us on a rapid trajectory toward our goal of revolutionizing the treatment of these disorders,” Peters said. “Our merger with PTI should enable the combined company to grow faster, deliver potential therapies to patients more quickly and create sustainable shareholder value well beyond what either of us would achieve separately. We have made significant clinical and business progress over the past several months, including our recent strategic research collaboration with Merck and our Series C financing. This merger also ensures that we have access to the additional capital we will need to advance our pipeline of disease-modifying therapies.”

Under the terms of the deal, Proteostasis is buying all outstanding Yumanity shares in exchange for newly issued shares of Proteostasis common stock. Once the deal is complete, existing Proteostasis shareholders will own about 32.5% of the combined company and Yumanity shareholders will own about 67.5% of the combined company. After the deal closes, the Yumanity board of directors will expand to nine, including two appointments of two current Proteostaasis directors. The existing Yumanity directors will continue in their current positions and Tony Coles, chairman and co-founder of Yumanity will remain as chairman of the board.

The combined company expects to trade on the NASDAQ Global Market under the ticker symbol YMTX.

In addition, Proteostasis cut its workforce by 79%—it now has five full-time employees that support the proposed merger and strategic work related to its CF assets.

TILT Biotherapeutics, a clinical-stage biotechnology company developing cancer immunotherapeutics, announces that it has dosed its first patients and…